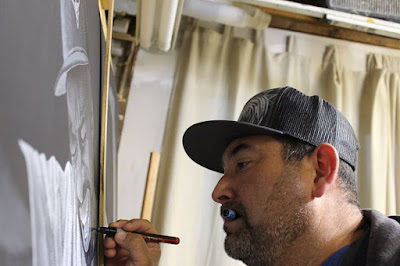 I can't quite put a date on the first time I saw Abel Alejandre's art. Over the past ten years, his work has just seemed to permeate my consciousness. He arrived, fully formed,  with a master's hand, and a brilliant mind. I so swiftly placed him in the brain file alongside Goya and Caravaggio, that it feels now like Abel has always been in the art history books. He's just one of those artists, where the the greatness is so apparent that the art settles inside of you on a molecular level, as if it's always been there.

I do, however, remember the first time I met Abel. A couple years ago, I was invited to a private life drawing session. The names on the invite list were all pretty impressive, heavy hitters. But the most intimidating name on that list was Abel's. It was a terrifying prospect, and the coward in me wanted to bow out. But passing on a chance to sit in a room and draw alongside Abel Alejandre wasn't an option for me. So, I went. When I arrived, there was Abel, in the center of the room, sitting at a little folding drawing table that he'd built himself, pencils and pens lined up, paper at the ready. He looked like an eager student on the first day of school, but also like a General in the war room, ready for battle. I introduced myself, and fawned over his work like a fanboy. He could not have been nicer, but his pencils were sharp, and the drawings he executed that night cut my sloppy scribbles to shreds.

If you're reading this, it's safe to assume you already know that Abel is murderous with a pencil. His graphite drawings are exquisite, painstaking wonders. But that's just half the story. Abel's latest work, Public Secrets, opening April 9th at Coagula Curatorial, is a series of paintings that explore myths, and conspiracies, the underbelly of our delusions. Abel let me visit his studio for a preview of the work. Above the entrance of his work space, a sign warns you, "Art Maker". The first piece I saw was a small, rectangular board with three cockroaches. Each roach was carrying something on it's back, like mules hauling contraband. A pencil. A cigarette, He explained the conceit of the show, that everyone has secrets. That some secrets we keep hidden, and others we reveal unwittingly. I thought the piece was scratchboard, but every single work in the show is actually a painting. Hundreds of tiny white marks on black gesso. Abel paints exactly as he draws, obsessive, diligent, intense. It's really hard to wrap your brain around how good he is, especially when you learn that he is largely self-taught. There was a thought balloon over the lead cockroach, but it was blank. I asked Abel what it was going to say.

I don't know yet. I've already erased it three times. I'm not a big fan of (pauses), I like the work to be accessible, but I don't like it to be so literal that it's like talking down. I hate talking down to my audience. So, this is about contraband, an underworld. This one's going to be carrying a bullet. I was gonna have him saying something about the shadow government. 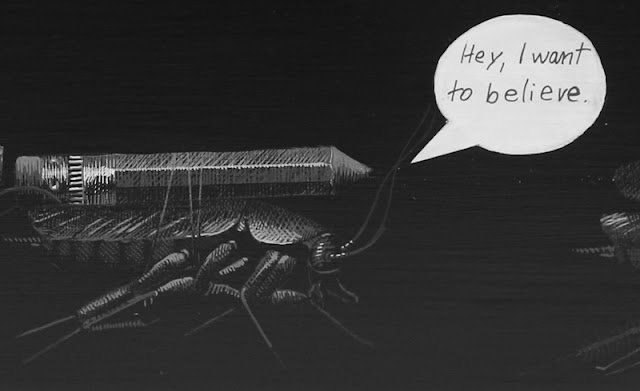 Abel stepped into the other room, and started to pull out the other pieces in the show, as my jaw dropped.


The whole series is about secrets, conspiracies. I've come across so many people, in my personal and professional life, who keep talking to me about conspiracies and secret narratives, about Trump, 9/11 was an inside job, UFOs. It was just so pervasive, and it kept occupying my mind.

This is about American consumption of un-American drugs. They can't get it to us fast enough. We keep using whatever they deliver. 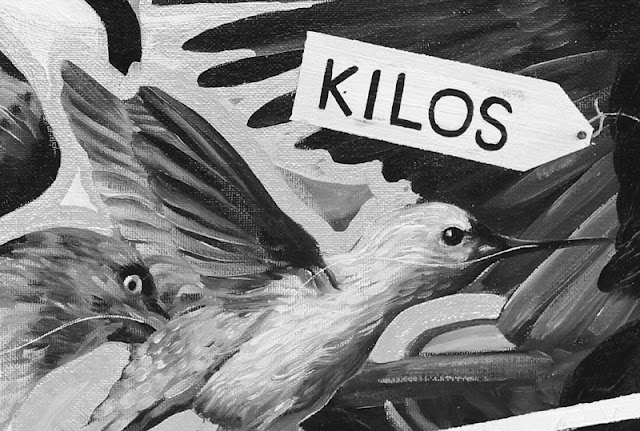 So, this series is really, you know, I was thinking about families who, now that they're here a second, third, fourth generation, they've kind of become legitimate Americans. But if you go back a couple generations, maybe they were involved in the drug trade, and it's that sort of access to money and routes that may have helped them to get here. But then this becomes a family secret. So, I was thinking of those sort of things that we hide from our friends, or maybe our siblings, or our children. 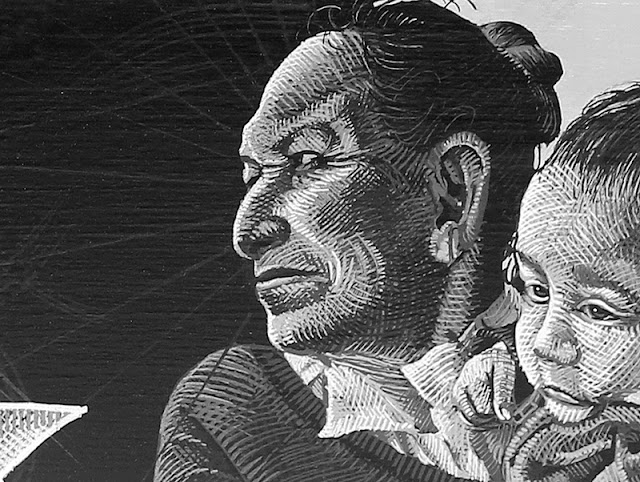 This is a portrait of my mother, who started me on this path of secrets. When I was a kid, she would tell me, 'Be careful what you do out there, because there's a little bird that tells me your secrets.' I always looked at it like a metaphor. But it was something I heard my whole life. You know, there's a little snitch in the neighborhood that's keeping an eye on me and ratting me out to my mother. So, the way I would visualize this, all these people, hiding in trees. It just created this image. They're doing surveillance. So, I grew up trusting nobody, trusting nothing for what it is. Everything has some other symbolism. In Spanish really, especially in my family, nothing that is ever said really means what they're saying. They can never say what they mean. Everything has a significance to something else. 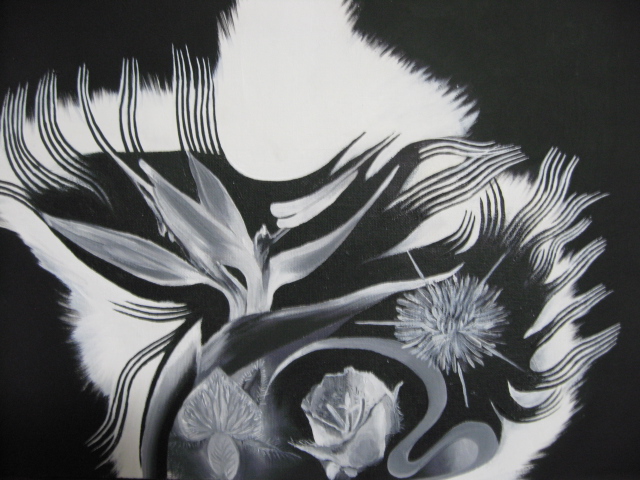 That's a bird of paradise. For me, all things beautiful, like flowers and plants, are not to be trusted. 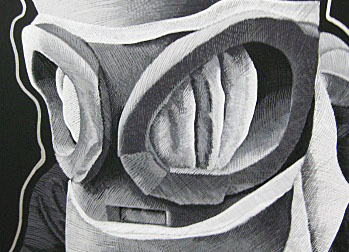 This has to do with Ebola. In Africa, the CDC would go in there with all their garb to protect themselves from being infected. So the witch doctors saw this, and adopted that menacing mask to distance themselves from the virus. None of it was functional. It was all sort of ceremonial. So the witch doctors would come in with these makeshift costumes in order to eradicate the disease. It was such a striking and beautiful gesture. They're trying to understand something, and this is the way they've re-contextualized. They have built a narrative that it was these people (the CDC) who brought in the disease. So, this part of the conspiracies.

This is my father, and I've turned his sombrero into a space ship. He's one of the people who always told me, 'Don't believe anybody. Everything is bullshit. Don't trust anyone.' But lately, he's been telling me of alien conspiracies.

Every person that I know who spouts some sort of conspiracy theory, I hear all the time, 'You know they walk among us.' This is an artist, Mario Ibarra. 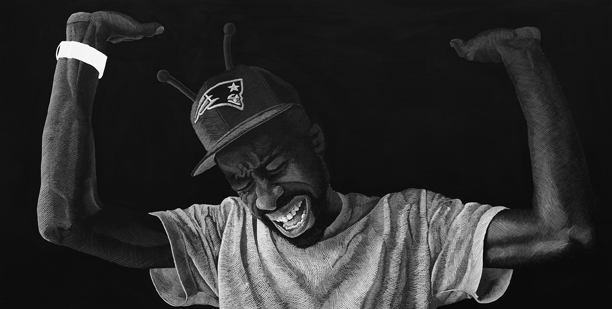 The show will be hung with the pieces butted up against each other, so it's like a mural. They're all gonna be having a larger conversation. This will be at the bottom, holding up the narrative. He has the weight of all these stories on his shoulders.

The way I've internalized the conspiracies, the secrets, the hidden agendas, what have you, is that people who believe these things, can not just believe one thing. A person who thinks 9/11 was an inside job? Guaranteed, you talk to them long enough, they also believe in ancient astronauts. They may believe JFK conspiracies. So, what I find is a lot of people make connections with contradictory conspiracies. There's an invisible connection that they all have, in their mind. All these people carrying these ridiculous stories; the true history, the untold history, the secret history. All these things are connected somehow. So, that's why I wanted to have these pieces all be connected, although they're individual pieces, they can also be connected. 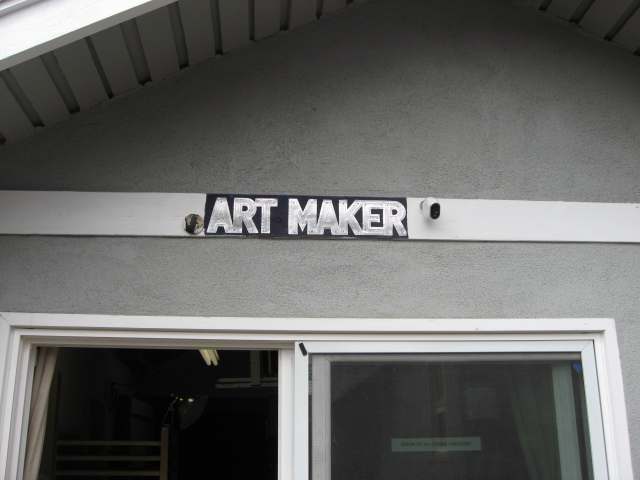 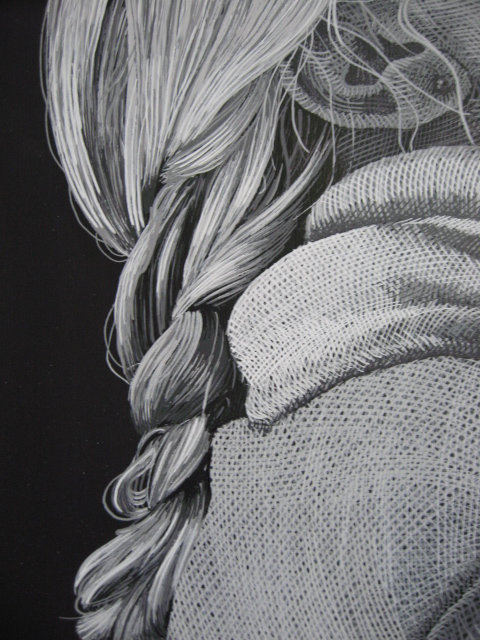 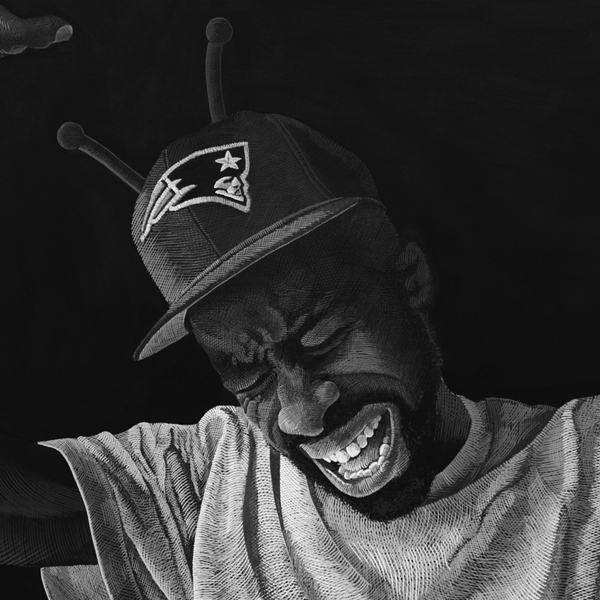 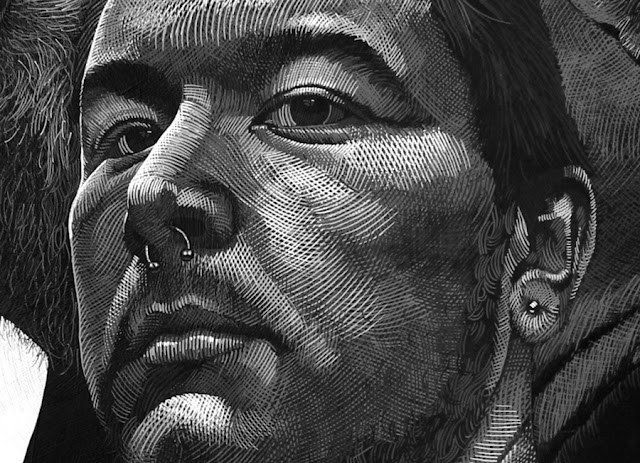 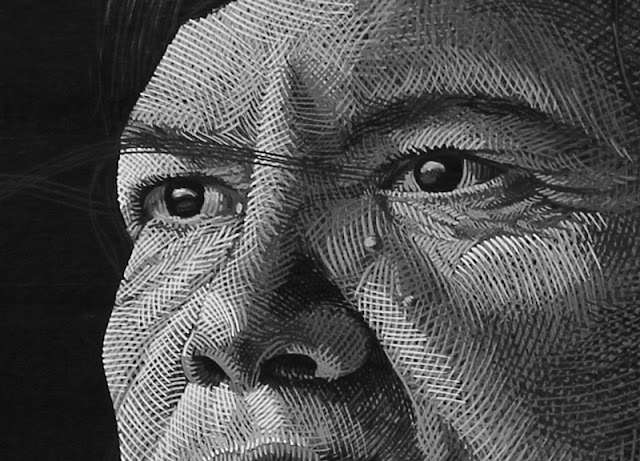 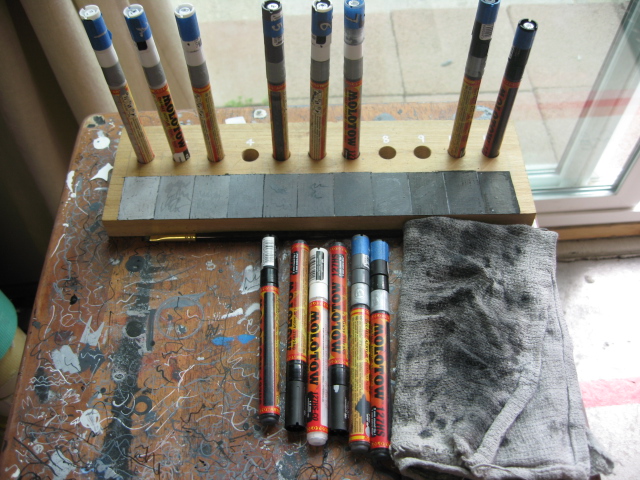 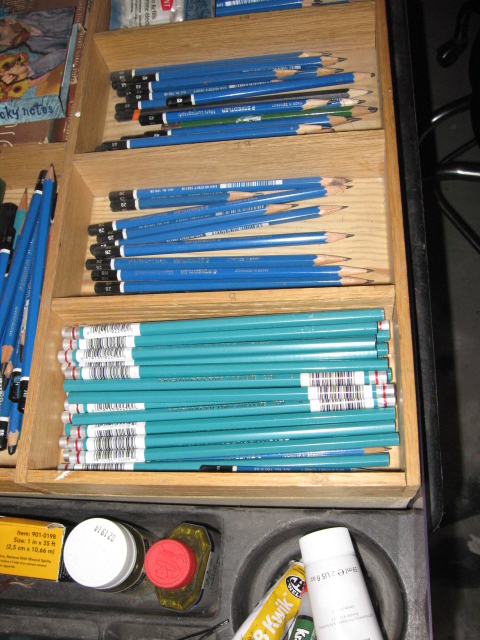 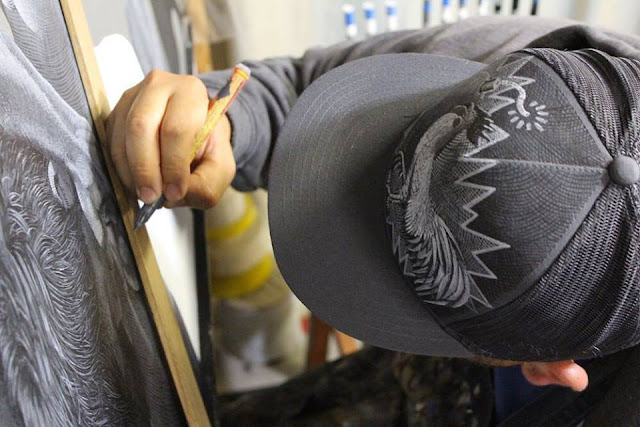 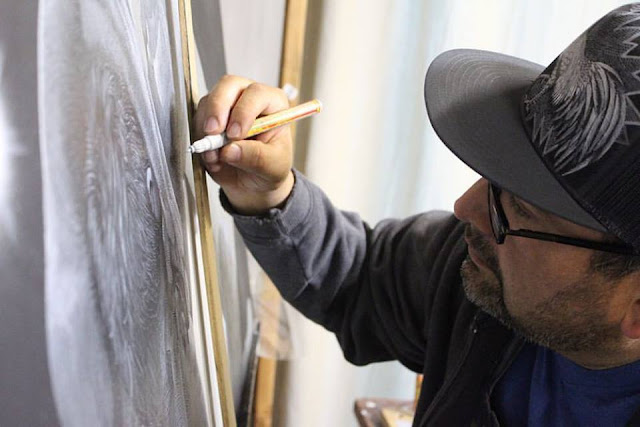 I should tell you that the photos here are just tiny details of the work. There is a common fear among artists that if you show your art on social media before a show, no one will come to the opening. So, for now, I have to tease you. But trust me, the caliber of Abel's latest is extraordinary. I doubt very much if I'll see a better show this year.